We were first introduced to Jason in around 2010 when he visited the Barrow onshore gas terminals to speak with the site personnel about the consequences of a fall from height, from this very first time we knew that the impact Jason had on everyone was phenomenal.

The feedback from everyone who had attended Jason’s talk was always positive and thought provoking and everyone had the utmost respect and admiration in what Jason is trying to achieve.

We decided that we needed to get Jason’s story to our guys who work out on the gas platforms in Morecambe bay as they obviously have the same level of risk when it comes to working at height, following a year’s planning, risk assessing and Jason completing the HUET (Helicopter underwater escape training) we finally made it to our offshore platform, the response from the guys out there was amazing with comments such as “Several workers, including those who are itinerant here and visit many UKCS platforms, said that without a doubt that was the best Safety presentation they had ever attended”

Jason has carried on working with us each year since that initial 2010 visit at Centrica within the Morecambe Hub locations and has been on to the site during some major project construction periods, from my perspective Jason has inspired people to work safer, not just from a working at height point of view but in everything we do, be it in work or at home.

Personally, Jason has inspired me as an individual and as a safety professional, it has been an honour and a pleasure firstly to meet Jason back in 2010 but also to keep the momentum going in the prevention of accidents, Proud2bSafe is the next chapter in Jason’s courageous drive to make a difference and it''s one in which me personally and the Centrica Morecambe Hub team are proud to be a part of. 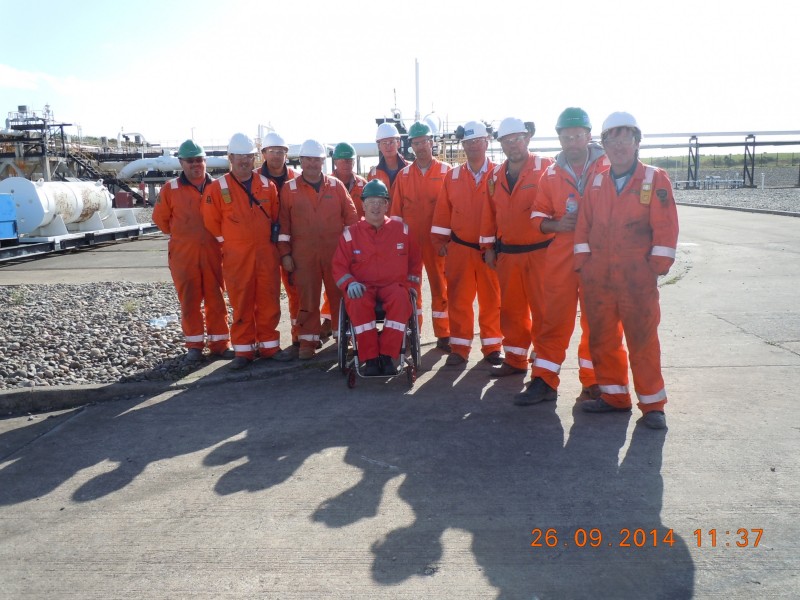